Since the creation of the first buildings in the station, we were the first shop and rental of sports equipment.

Pablo Bravo was one of the most enthusiastic Aranese in the early days of skiing in the Aran Valley. Since he was young, without ski lifts, he used to slide across the Salardú meadows and started to stand out in the competition. Later on he managed the Naut Aran Hostel (now called Era Garona) where young people came to learn and train. He participated as a secretary in the creation of TEVASA (Telecables Valle de Aran SA), now Baqueira. He devoted himself to teaching as a ski instructor who, together with a small group of colleagues, created the EEE de Baqueira (Spanish Ski School) in 1964, where he was its director for over 25 years, coinciding with the launch of the first ski lift. This entity later took the name of Era Escòla.

He also founded, together with 6 friends, the Monitor Sports Shop. During all this time, some of them left it until it now belongs to only one family (Bravo Morelló).

His children, Remy and Pau, with the patience and support also of Manuela, his wife, live and enjoy skiing until today, having been part of the FEDI alpine skiing teams, now called RFEDI.

Pau follows the legacy, currently he is TD3 (Superior Sport Technician) and demonstrator/teacher trainer. Aranés knows many reference stations worldwide, he worked in several stations in the South American continent, and he skis for the stations of half the world. He followed the link with the competition as a coach in the CAEI and teacher in Era Escòla, he was one of the founders of Ski Camp and director of it the first years. Since 2011 he organizes heliskiing trips to Canada with CMH from Ski Arias.

Together with Pitu Brunet, partner and brother-in-law, they run Monitor, a sports company dedicated to the sale and rental of skiing, snowboarding and touring equipment, etc. Now, coinciding with the 50th anniversary of the company, they open a new section offering the services of ski and snowboard lessons and/or guidance, after more than 25 years of teaching.

It is important to mention that Pitu came from a very different but equally exciting world, he was the runner-up in Spain in windsurfing and catamaran, he has three King’s Cups of regattas in his palmarés, two European runner-ups and a world championship. Together with his father Augusto and his brother Tato they created the sailing school of LAS ANTÍPODAS (Calpe, Alicante). Augusto Brunet, Pitu’s father, was a promoter of sailing and a reference in our country, he left reflected part of his work as a teacher writing the first books on this sport. 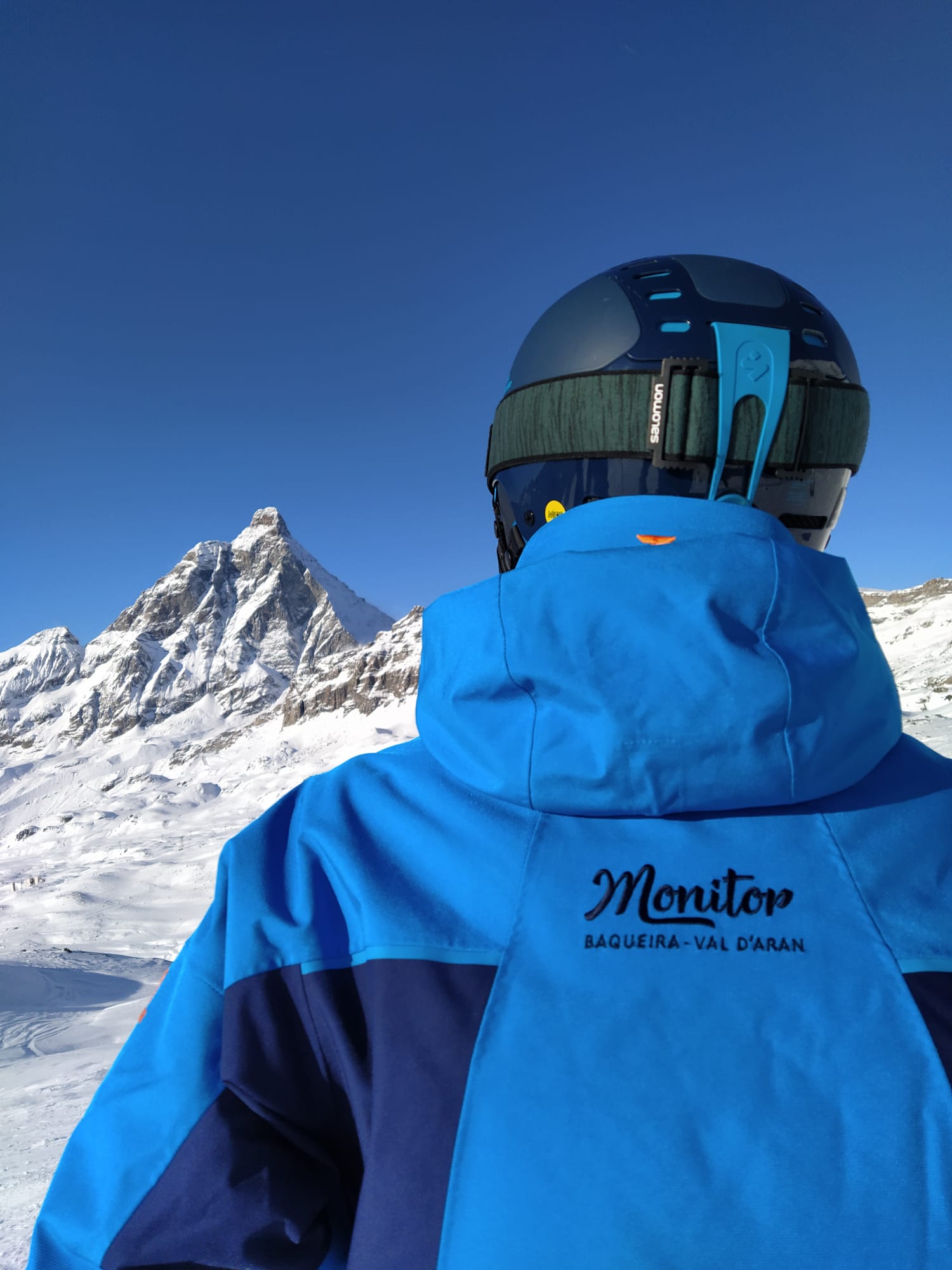